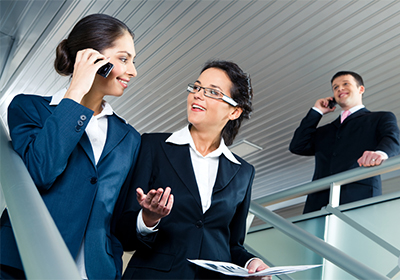 Business firms make mergers and acquisitions to consolidate markets and gain a competitive advantage in the industry they operate.

Merger is the process in which two or more companies combine to form one single new entity, and it typically happens between companies of similar strength and size.

Acquisition occurs when a company of larger size takeover a smaller company. While in the former, merger is effected through a mere swapping of shares the latter involves cash or other consideration. In acquisition, just the ownership changes but the legal identity of the company may persist.

In mergers, the ownership may not change distinctly, but the legal identity of the merging companies will alter. Acquisitions made by a receiver, liquidator, and an underwriter, mergers between parent and subsidiaries or between subsidiaries within the same group, acquisitions under intestacy or will, and acquisition by parties whose normal business activities include transactions and dealing with securities do not constitute merger.

In Singapore Mergers and Acquisitions are governed in general by Principles of Contract and Company Law as well as Singapore Code on Takeovers and Mergers (The Code) and the Competition Act. Laws and regulations applicable to M&A are also contained in the Securities and Futures Act, Chapter 289 of Singapore (“SFA”) and their relevant subsidiary legislation.

The Competition Act prohibits mergers, acquisitions of control that may result in a substantial lessening of competition within any market (or market segment) for goods or services in Singapore. While merger notification to the CCS is voluntary, the CCS requires all parties to mergers to conduct a self-assessment, in accordance with the methodologies in the guidelines published by the CCS. In case of doubt, the concerned party may apply to the CCS to seek clarifications.

The Code applies to the acquisition of voting control of public companies, listed registered business trusts and real estate investment trusts.  However, unlisted public companies and unlisted registered business trusts with more than 50 shareholders or unit holders and having net tangible assets of S$5 million or more must also observe the letter and spirit of the Take-over Code as set out in its General Principles and Rules.

Learn more about all the aspects involved in private mergers and acquisitions, including common structures, agreements and documents to prepare.

The process of M&A involving public listed companies differs widely from that of private companies. In this two-part article we will provide an overview of Public M&A and Private M&A.

General offers to take one of the following forms;

Alternatively, the target company cancels its existing shares and issues new shares in the target company to the offeror, but this method is not widely used. A scheme requires a statutory majority approval and the sanction of the High Court for it to become binding on all the shareholders.

The effect of a reverse takeover is that the acquirer gains control of a listed company. Such transactions are subject to additional approvals and requirements by the SGX as well as the approval of shareholders. Consequent to the takeover the combined company must re-comply with the SGX listing requirements.

Prior to making the offer, the acquiring company must perform due diligence on the target company to ensure that the acquisition is compatible and the consideration is adequate and just. However, the target company has no obligation to provide the information that the offeror would require, and it is under restriction imposed by the listing regulations that prohibit a listed company from providing any information to a person which would put that person in a privileged dealing position.

However, in the case of a recommended offeror, the level of information and documents provided varies depending on the nature of the transaction and the parties involved.  Publicly available information includes details on the directors, shareholders, the constitution of the company and published financial statements.

The target company is not supposed to reveal information that is forward-looking and price-sensitive in nature. The Code requires that absolute secrecy must be maintained before an announcement of a takeover offer is made. Information relating to a bid should only be passed to another person on a need-to-know basis.

For public takeovers, an offer announcement should contain, among other things:

In order to ensure that the bid is successful, it is common for offerors to obtain an irrevocable undertaking from key stakeholders to accept such proposed offer and documents evidencing such undertakings must be made available for inspection by the offeror.  The circumstances under which the undertaking will not be binding on the stakeholders must also be published in the offer announcement and offer document.

A takeover offer must be conditional on a minimum level of acceptance, and exceptions are subject to approval from SIC:

The shareholders of the target company will receive the following documents

Stamp duty is payable on transfers of shares at a rate of 0.2% on the higher of the actual price or the net asset value. This is typically borne by the offeror unless otherwise agreed.

It must be noted that in a Scheme of Arrangement involving public limited companies, the type of information to be disclosed is similar to a public takeover but instead of a separate Offer Document and Offeree Board Circular, a composite scheme document is jointly issued by the offeror and the target company.

Talk to our experts