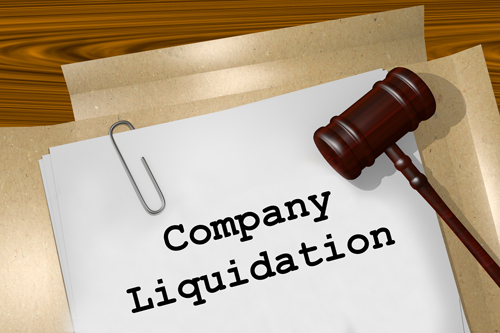 Liquidation is the winding up of a company by distributing the proceeds realised from the sale of the company’s assets to its creditors. It is done in the order of priority and the surplus to the owners according to their rights and interest.

Upon liquidating the assets and distribution, the company is formally dissolved and struck off ACRA’s register. After this, the company ceases to exist. An independent liquidator whose powers, duties and functions are regulated by the Companies Act, is appointed to carry out the liquidation process to ensure just distribution of the proceeds from liquidation.

The terms liquidation and winding up are used interchangeably. They are relevant terms in the context of limited companies and refer to the disposal of assets of a company to settle its debts and liabilities when the company is unable to pay off or when the owners would like to extract the value locked in the company’s assets and cash. The term bankruptcy on the other hand, is only applicable in the context of individuals, partnership or sole proprietary firms.

This is an appropriate way to liquidate a solvent company and can be deployed as an exit strategy. It is adopted when the company can pay its debts in full within 12 months after the commencement of winding up. The directors of the company are required to file a declaration of solvency. The members may decide to liquidate to extract value from the cash and assets held by the company. The company appoints the liquidator. The typical reasons for MVL are:

Get clarity on all tax-related matters for businesses in our detailed guide about corporate tax in Singapore.

If a company is insolvent, its directors can convene a meeting of the company’s creditors to consider its proposal for voluntary liquidation. On passing a resolution in favour of the liquidation the company will appoint a liquidator, subject to the approval of the creditors.  Directors of a company that is distressed with debts and liabilities may choose this route to write-off the debts while appropriately addressing the creditors that they have not personally guaranteed.

In the case of MVL, if no declaration of solvency is submitted by the directors or if the liquidator is satisfied that the company will not be able to pay its debt in full within 12 months after commencement of winding up then the liquidation will proceed as CVL.

The process of Voluntary Liquidation

The directors of the company must file a declaration of solvency signed by the majority of the directors. Within six months of the directors’ meeting, an Extraordinary General Meeting (EGM) must be held for passing the resolution of winding up. Meanwhile, a provisional liquidator must be appointed by the board via an ordinary resolution, and within 14 days of such appointment, the appointment of the liquidator and the declaration of solvency must be advertised in the local newspapers.

The liquidator must convene a general meeting of members and present and explain the details of asset disposal and debt settlement and division of surplus cash. Within seven days of the meeting, the liquidator must file a return to the ACRA stating the meeting has been held along with the copy of accounts. Three months after filing the return the company will be dissolved

When a company becomes insolvent, whereby it is unable to pay off its debts and liabilities, the court can compulsorily wind up a company. For a company to be compulsorily liquidated, an appeal for Originating Summons has to be submitted to the court. The company itself, or a shareholder, creditor, liquidator, judicial manager or where appropriate the minister can apply for the Originating Summons from the court.

A company can be compulsorily liquidated by the courts in the following circumstances:

The process of Compulsory Liquidation

Application for liquidation is filed with the High Court along with a proposal to appoint a liquidator. The High Court issues the liquidation order. The company officers submit a statement of affairs to the liquidator who sends a summary of the same to the creditors and shareholders and seizes the assets for disposal and realisation.

After realising the proceeds, the liquidator will ask the creditors to submit proof of their debts. On receipt of proof, the claims will be adjudicated, and the proceeds will be distributed to fulfil the claims of debtors.

The liquidator will notify the creditors and the shareholders of the intention to apply for dissolution along with a summary of accounts of realisation, claims and settlements. After the notice, an application to strike off the company will be filed with the ACRA.

It is advisable to have professional experts involved in the discussion of decisions relating to liquidation of insolvent companies as they are more complicated and the exposure of the directors to the risk of personal liability remains high.

Get experts to guide you through liquidation

Singapore Tax Accounting Services can help in all types of liquidations in Singapore, whether voluntary or compulsory.